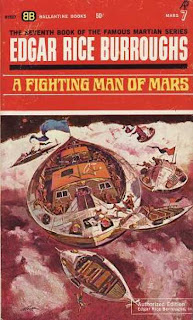 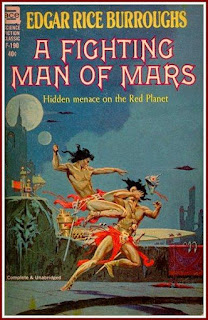 Images have enormous lasting power. No graphic novel or film treatment to date has been able to supplant these two visions of Barsoom, at least for me. I don't know to what extent this is a product of the inherent power of these two visions of the world, or to what extent it was due to these interpretations being the first I saw. But I suspect that, had the images been weaker, they would not have left so powerful and indelible an impression.
Posted by Frank Chadwick at 12:42 AM