Early Reviews on Space:1889 And Beyond

We are starting to get reviews on the initial Space: 1889 and Beyond stories -- and very nice reviews they are at that. Here are three reviews in ezines and steampunk blogs. I also noticed a review for each book up at Amazon: four out of five stars in one review and five for five in the other. Not too shabby.

The on-line reviews are at: 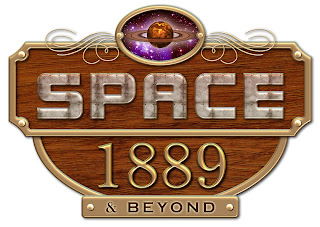 In related news, the contracts are going out to some of the authors of Season Two of the series, which is a bit expanded from season one. Instead of six stories total -- one novel and five novellas -- it looks as if there will be seven stories and three of them will be full-length novels with four novellas. As I mentioned before, Andy Frankham-Allen, the series editor, and I will be co-authoring the kick-off novel, which we have re-titled "Conspiracy of Silence."

I'm in the middle of reading the final draft of the third book in Season One, "Ghosts of Mercury," by Mark Michalowski, and I really like it. (I know I say that a lot, but it's true!) So I'm very glad to see that he is on board for Season Two as well, although I don't know which story Andy has him writing. Mark, by the way, also did the video trailer for the series, a convergence of talents which borders on the creepy, as far as I'm concerned.
Posted by Frank Chadwick at 11:39 PM