Some Thoughts on Writing Steampunk Fiction

I have been reading some steampunk lately – big surprise, huh? – and I find myself irritated by some of it. The plots and themes don’t bother me, it’s the style of writing in some works which honestly makes it hard to keep reading. I won’t tell you which ones. I’m a writer, not a critic, and what bothers me may not bother the next person coming along. But the phenomenon deserves some comment.
What is it that bothers me? I am tired of reading an author write this:
Reggie had at length been forced to recognize that, in the interests of his continued epicurean well-being, he might find it somewhat to his advantage to be transported to a certain nearby and well-recommended butcher, and perhaps even a green grocer, whereupon their finest wares could be partaken of by him.
When what he or she set out to say was this:
Reggie decided to go grocery shopping.
I understand that part of the style of many (not all) steampunk works is the pretense that the book was actually written in the time period covered by the story, and so is written in Victorian style, or at least what the author imagines Victorian style to be. I don’t have a problem with that per se, but I do have a problem with how it sometimes manifests itself. Here are the main culprits, in my opinion:
1) Poor Tense Use: A tendency to use past continuous (he was going to ) and past perfect (he had gone to ), and sometimes even past perfect continuous tense (he had been going to ) because they “sound more Victorian,” when simple past tense (he went to ) works fine. Read this paragraph and see if it doesn’t make you edgy.
John was sitting in the chair in the den as Mary was telling him what transpired at the council meeting. John was listening to her but was also thinking about what action to take tomorrow concerning the deed.
Now try this:
John sat in the chair in the den and listened to Mary tell him what transpired at the council meeting. John listened to her but also thought about what action to take tomorrow concerning the deed.
Neither one is timeless prose, but the second one is easier to read. The first one makes me want to do something else, like take out the trash. Past continuous tense sounds passive and past perfect tense sounds remote. Past perfect continuous tense – well, don’t get me started. All of them distance the reader from the action. I think they should be used when absolutely necessary, when they are the precise tense needed, but never as a stylistic flourish.
2) Passive Voice: This is a big one, and a pet peeve of mine. Why do folks think passive voice sounds more refined, or Victorian? Beats me, but some of them seem to, even in action scenes. “She was seized by the pirates and her face was slapped by their leader.” No. “The pirates seized her and their leader slapped her face.”
I saw passive voice a lot in academic writing as well, there with at least a glimmer of a justification. Passive voice is another way of distancing the reader from the action. In academic writing, where you may want a sense of detachment and objectivity, that’s not an entirely bad thing (although it’s still dry as dust to read). In fiction, it is the death of a thousand cuts.
3) Lumber: By lumbering up a sentence we mean piling as much dead wood into it as you can. Adding meaningless clauses like “insofar as he could determine” and “or so it seemed to him.” Adding lots of adjectives and adverbs, preferably a bit over-the-top, such as, “He recoiled cravenly in abject horror.” It also means adding what I call "weasel words," words which chip away at the substance of a sentence without adding any value. You know the words I mean: He was somewhat confused. He was rather annoyed.

All this lumber may make your story sound like it was written by a Victorian author, but not by a good Victorian author, and that’s really the point. Bad writing is easy. Good writing is hard. A desire to achieve a period feel in the style of writing should not be an excuse for bad writing.
Do you need all these stylistic curlicues on your prose to make it read as if it comes from the Victorian period? No, you do not. Here are three examples of prose from the Victorian era, all written within ten years of 1889. 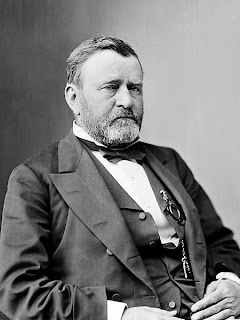 The Honorable Thomas L. Hammer, one of the ablest men Ohio ever produced, was our member of Congress at the time, and had the right of nomination [to West Point]. He and my father had been members of the same debating society (where they were generally pitted on opposite sides), and intimate friends from their early manhood up to a few years before. In politics they differed. Hammer was a life-long Democrat, while my father was a Whig. They had a warm discussion, which finally became angry . . . after which they never spoke until after my appointment. . . . [Hammer] cheerfully appointed me. This healed the breach between the two, never again reopened.
-- Personal Memoirs of U. S. Grant (1885) 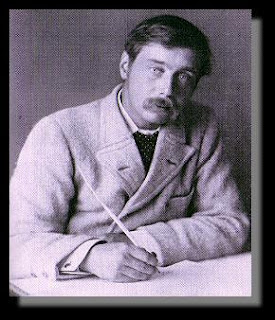 My wife at least did not find my experience incredible. She ate scarcely a mouthful of dinner, and ever and again she shuddered at my too vivid story of the death of the flag-bearers. When I saw how deadly white her face was, I ceased describing. “They may come here,” she said again and again. I pressed her to take wine, and tried to reassure her. “They can scarcely move,” I said. I repeated all that Ogilvy had told me of the impossibility of the Martians establishing themselves on the earth, at first for her comfort, and then I found for my own.
-- War of the Worlds, H. G. Wells (1897) 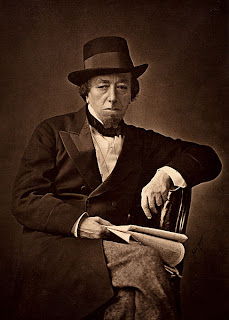 It was difficult to decide which was most remarkable, his shrewdness or his capacity of labour. His quickness of perception and mastery of details made him in a few years an authority in the office, and a Secretary of the Treasury, who was quite ignorant of details, but who was a good judge of human character, had the sense to appoint Ferrars his private secretary. This happy preferment in time opened the whole official world to one not only singularly qualified for that kind of life, but who possessed the peculiar gifts that were then commencing to be much in demand in those circles. We were then entering that era of commercial and financial reform which had been, if not absolutely occasioned, certainly precipitated, by the revolt of our colonies.
-- Endymion, Benjamin Disraeli (1880)


Of the three, Disraeli is clearly the weakest, although even the ruffles and flourishes in his florid prose serve a purpose. Something to remember about Victorian authors is that while they could sometimes wax long-winded, they did so for a purpose, not simply to add words for the hell of it. A. W. Kinglake, a Victorian historian who wrote a decade or two before the others, had a very long-winded style, but his verbiage always added detail and precision to his writing, never “lumber.” 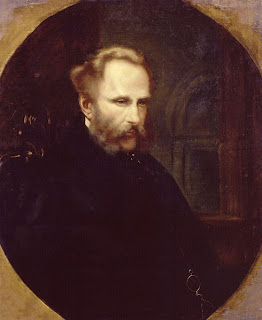 Along the course of the little rivers which seamed the ground, there were villages and narrow belts of tilled land, with gardens, and fruitful vineyards; but for the most part this neglected Crim Tartary was a wilderness of steppe or of mountain-range much clothed towards the west with tall stiff grasses, and the stems of a fragrant herb like southernwood.
-- Invasion of the , vol. I, A. W. Kinglake (published in eight volumes from 1863 through 1887)


Bottom line? If emulating the style of Victorian writers, emulate the good ones.
Posted by Frank Chadwick at 11:38 AM