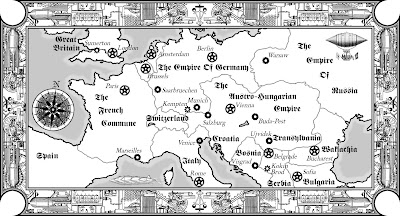 They've also commissioned cover art well in advance and may end up with some interior art as well, so I'm very pleased with the care they're taking with the project. It's not too soon to start some buzz about this book. If it sells well, I can pretty much guarrantee sequels. When we get a little closer to publication, I'll post some sample passages here. As soon as I get the go-ahead from Baen (which I think will mean as soon as they are happy with it) I'll post the cover. Cool cover.
Posted by Frank Chadwick at 11:58 AM