I just got three more pictures of sample sculpts from Rod at Highlander Studios. These are unpainted, but they are too cool not to share. 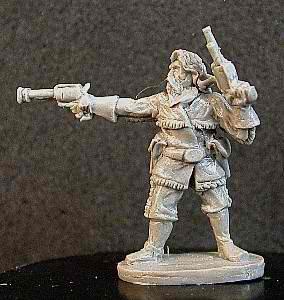 This is the third (of four) American adventurer. I look at this and I see Buffalo Bill Cody with ray guns. Look at the face and the fringe on the jacket! 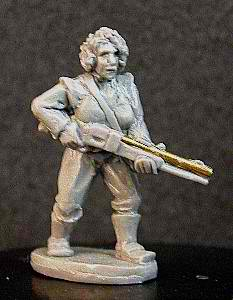 This is the fourth of four American adventurers. Nice to see a female figure without a bustle dress. Now, don't take that wrong, Steampunkers. I like a bustle dress as much as the next guy, but I'm not sure it's the best idea out in the wilderness.
Nice shotgun, too. 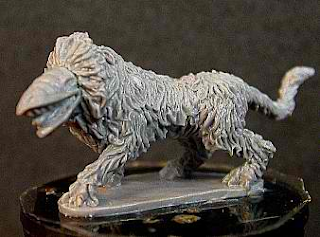 And here's a nice kitty-cat. I'm glad Rod is doing animals as well. Most of the time they're nice-looking but not much use in a miniatures game. In Mars Needs Steam! they are almost always a big part of the game. Well-done, Rod!
Posted by Frank Chadwick at 7:58 PM